TARWA N-TINIRI –  a group of six musicians and their Desert Blues sound have given the band from ­Ouarzazate, Morocco increasing fans all over the world. The Desert Blues genre has a growing ­music interest across the globe. The iconic artists of Tinariwen have inspired the band.

The band started their musical journey together in 2012, first with a homemade guitar called Lohtar. Ever since they have participated in festivals throughout Morocco and shared their passion and love for making and performing music together. They debuted internationally in festival Transform in Norway during 2018, and later France in 2019.

They started to write their songs, fueled by a mutual interest for Desert Blues. They worked hard on their debut album, and knew the time was right to bring back the music and culture an international audience. Thanks to “Simon and Greg record the world” Tarwa N-Tiniri has now released their debut album titled “Azizdeg”. Simon Walls and Greg Bonnier two Canadian guys travelled to Morocco and Ouarzazate and rigged into their garage and recorded the album. Some months later the album was released by Atty Records, Canada.

Some of the songs in the debut album “Azizdeg” are written by Amazigh poets. The lyrics are often about the social conditions of the nomadic people, but also love, friendship and peace. The band worked hard to save money, so they could be able to realize their first music video on Youtube in 2017. The song is titled “Taryet”, which is until now their most watch video on Youtube. The band made another musicvideo titled “Ansuf” which is one of the songs in the debut album.

The band choose to lean into a more comprehensive array of sounds and styles, to convey a wider variety of emotions and topics, by choosing more traditional Amazigh instruments in their music. For the first time, they added banjo, and some other traditional percussion, something you will hear it in the debut album. Tarwa N-Tiniri is the first band in Morocco implementing banjo into desert blues genre. They try to show more of their culture and traditional music in the southeast of Morocco to the world.

Hope you will enjoy their music as much as they enjoyed making it.

We finished the music video – stay tuned – we will announce the day for release soon.

Tarwa N-Tiniri will follow up for a new song titled “Ifaw Ul nneɣ” and a music video. The video is now a reality and we are waiting for the last touch and finish of it.

We did it – with your help.

Million thanks to everyone who helped us. 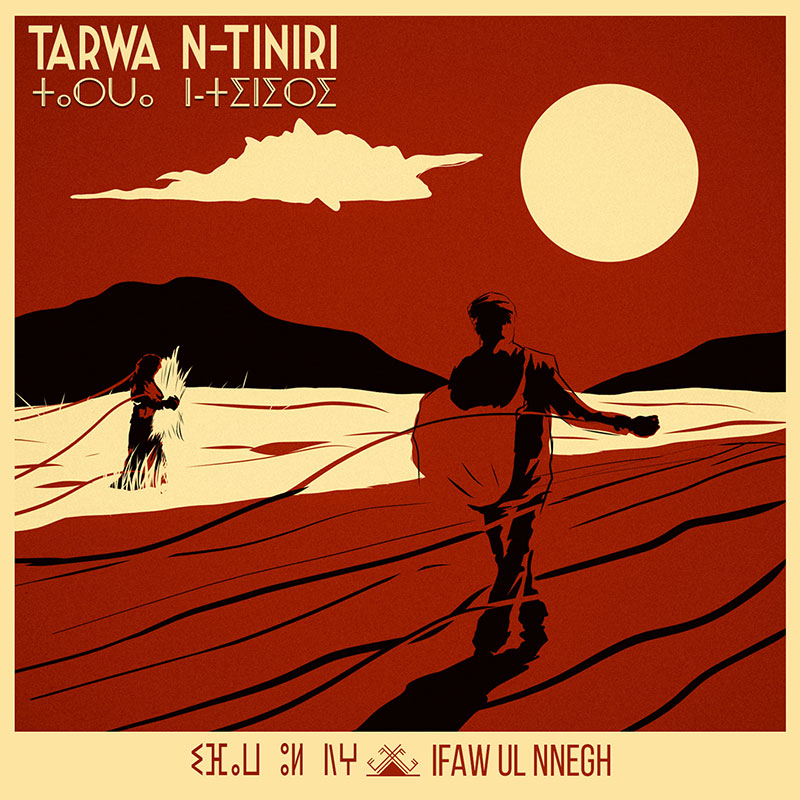 New single Ifaw Ul Nnegh! [The light of the Heart]