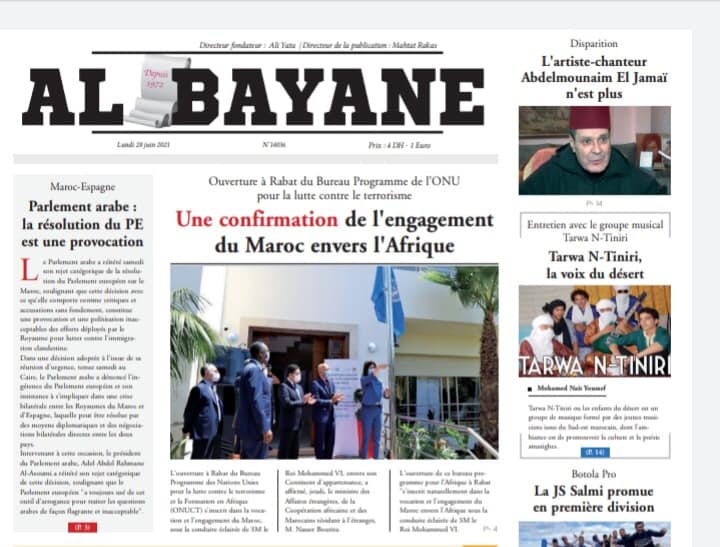 Tarwa N-Tiniri, or the new generation of the desert, is a music group formed by young musicians from the Moroccan southeast, whose atmosphere promotes Amazigh culture and poetry.

Al Bayane: At first glance, who is Tarwa N-Tiniri? What does it mean? And how was it created?

Tarwa n-Tiniri: It is a musical group from Ouarzazate in the southeast of Morocco whose name means the new generation of the desert, following the South-east in which we live, which is characterized by its high temperature and by its golden dunes. The band was created by ourselves thanks to our obsession with music and our commitment to our Amazigh culture.

Your musical project is drawn mainly from Amazigh poetry and nomadic culture. Tell us a bit about your music, and especially your sources of inspiration?

Our music is based on the style of desert blues inspired by the groups of North Africa, namely Tinariwen, Ali Farka Touré and Lhaj Blàid and the pioneer artists. Our rhythms are drawn from the traditional marriages of our region. How do you write your songs? And what does Amazigh poetry represent for you?

We write our songs which deal with the social-cultural subjects of the daily life of the Amazighs who live in the desert and the mountains. For us, Amazigh poetry must express and treat the Amazigh culture, whose subjects are essentially linked to war, peace, death and love, and our land's defence.

You've gone for the desert blues. Why such a choice?

Thanks to the region we live in, which is characterized by dunes and desert. It's a style that meets our musical skills without forgetting its international scope, which can help us transmit our messages. Knowing that a large part of Amazigh history in particular and nomadic in general is oral. How do you think music can preserve memory from oblivion?

Musk plays an influential role in this, as it is the best way to stay in touch with everyone. When the world listens to our songs, the culture and your thoughts will be forever remembered. Especially when playing on stage, something makes people look for more information about the culture defended in the songs.

You participated in Tanjazz and Visa for Music in 2017. Do you think that Amazigh music has had a special place in national festivals?

Our participation in Tanjazz and Visa for Music was a turning point that made the group international. Regarding the place of Amazigh music at the national level, after years of neglect, we can say that there are currently invitations everywhere to Amazigh artists who actively participate in artistic activities.

How do you see the new Amazigh art scene, especially with the emergence of new voices, all styles combined? Our vision shows that several musical groups are created, but we count on continuity. This is how we can say that our great and immense people have an excellent place which deserves its history. So, we invite artists to make considerable efforts to convey our messages to everyone.

What are your upcoming artistic projects?

Currently, we have a single song called "IFAW ULNNEGH" and its music video, which will be released on July 16, 2021. We are collaborating with a Portuguese artist with whom we are working on a single. And other surprises for our audience. 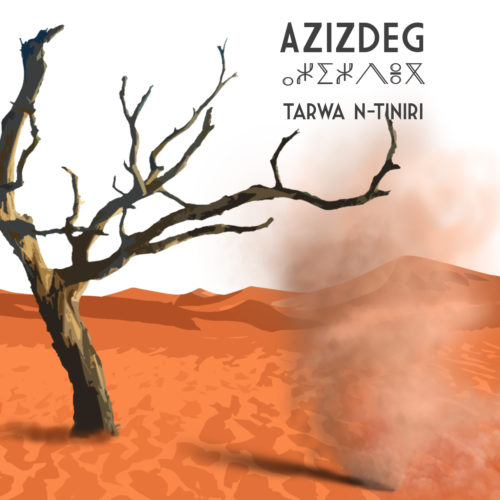 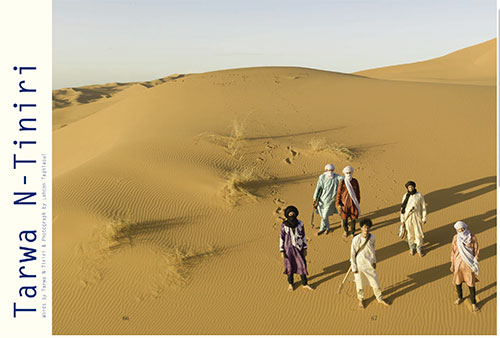 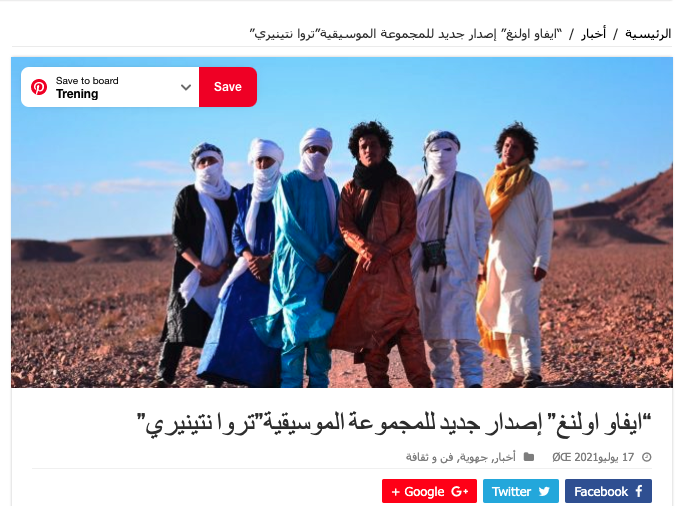 Zagora News about the release of “Ifaw Ul nnegh” 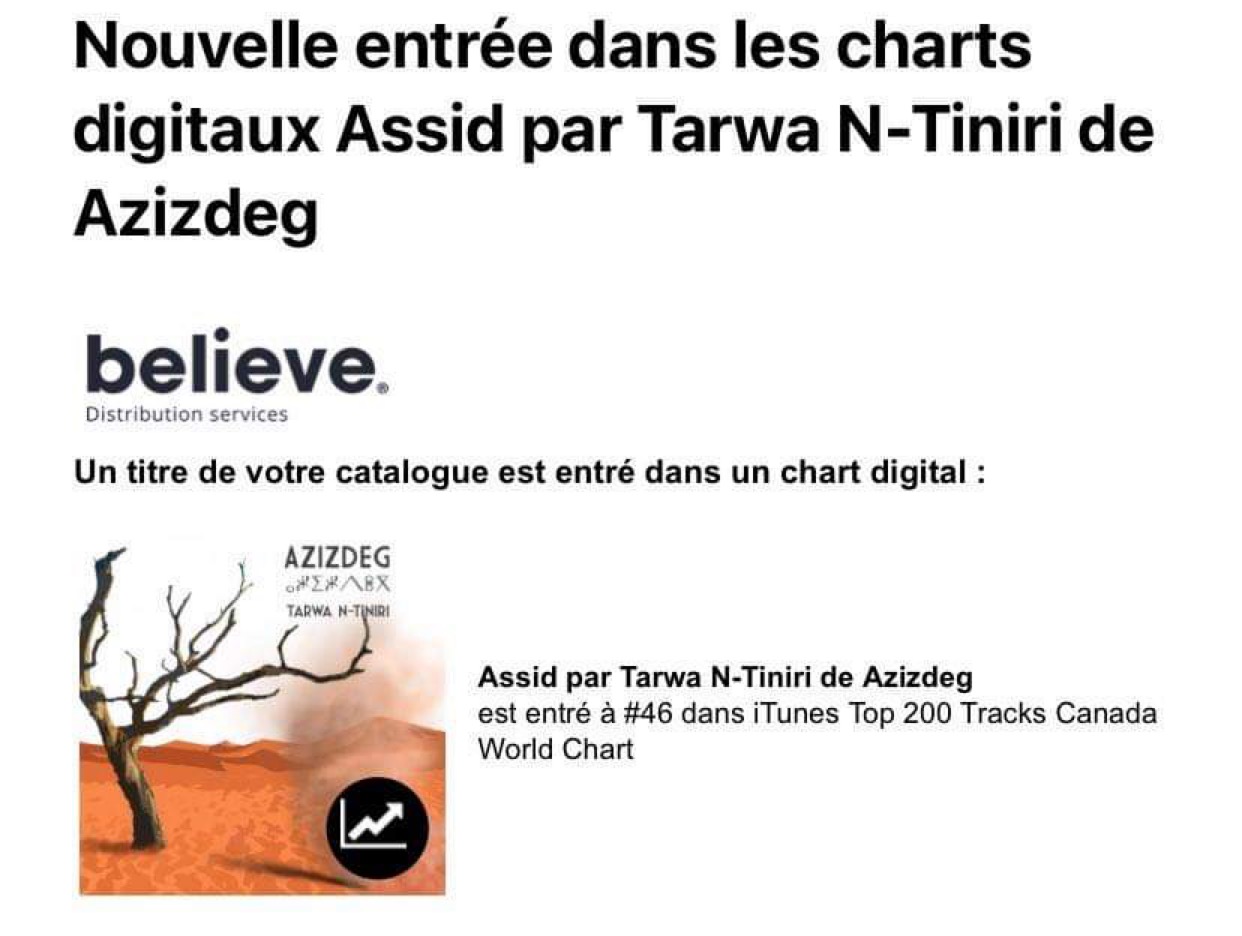